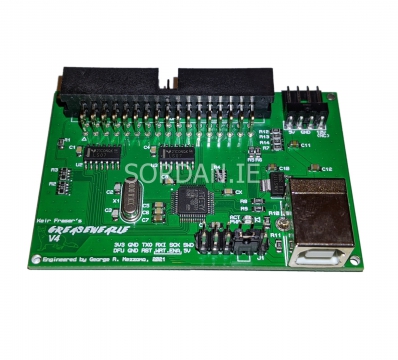 Greaseweazle V4 is the latest version, updated for mass production and with the following features:

- Buffered outputs, for communicating with older 5.25" and 8" disk drives

This listing is for the Greaseweazle V4 device only. You will additionally require:

- A floppy ribbon cable (typically you want a standard PC cable with 'twist' on pins 10-16, to communicate with a PC floppy drive)

Windows 7 and most versions of macOS and Linux should also work (but less tested).