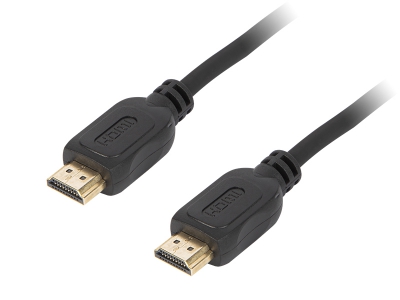 The CLASSIC series is characterized by excellent quality of cables, high-quality materials were used for their production, and in the last stage of the production process, gold-plating of HDMI plugs was used. HDMI allows you to connect any standard-compliant audio / video devices such as DVD players, Blu-ray players, game consoles, computers, monitors and digital TVs. The video data is transmitted using TMDS technology.

The most important feature of the HDMI interface developed in the years 2000-2002 is that it allows connection between individual audio / video devices with one cable, while maintaining the highest quality of the transmitted image and sound and full functionality of the devices used, which at the same time significantly facilitates home wiring. audio / video set. This is a huge simplification compared to the connections used so far, which require a wide range of various cables. The technology is characterized by high image and sound quality and the possibility of image transmission in very high resolution.